“Ohio law does not specifically protect graves at abandoned cemeteries, those on private land or unmarked burials older than 125 years, including Native American artifacts and remains thousands of years old. “

I was puzzled about the “older than 125 years” portion of that statement so I contacted the author and Mr. Bradley Lepper, Curator of Archaeology at the Ohio History Connection, who is mentioned in the news story.

Afterward, I heard from Mr. Lepper who so kindly referred me to Mr. Dave Snyder, Archaeology Reviews Manager, State Historic Preservation Office, who provided me with a wonderfully detailed answer with an attachment that I wish to share.

But first, here was my question:

I based my question on the following:

OHIO REVISED CODE – Selected Cemetery Law 155.04 Veteran’s Headstones (A) No trustee, association, corporation, or person in control of any cemetery or a public …

(C) Sections 4767.02 to 4767.04 of the Revised Code do not apply to or affect a family cemetery or a cemetery in which there have been no interments during the previous twenty-five calendar years. As used in this division, “family cemetery” means a cemetery containing the human remains of persons, at least three-fourths of whom have a common ancestor or who are the spouse or adopted child of that common ancestor.

“From my understanding of how to apply Ohio laws to protect burials I have found that both 25 years and 125 years are important numbers.  That is, both of you are correct.

There are different kinds of protection provided for under state laws with different state agencies having authority under different laws.

For a cemetery that is active there are specific requirements for registration and maintenance.  The focal point for these requirements is at Ohio Revised Code Chapter 4747 where responsibility is assigned to the Ohio State Department of Commerce, Division of Real Estate and Professional Licenses.  The Ohio Cemetery Law Task Force recommended a number of changes that I believe take a constructive step to strengthen the Division’s authority to ensure appropriate care of graves in active cemeteries (including markers of veterans graves).  There is much more to do in Ohio to protect graves in active cemeteries, but from where I sit, I see this as a positive step forward.

Protecting graves in cemeteries that are not active is quite a different matter.  As you have noted in your blogs there is very much for Ohio to do to make sure that graves in abandoned cemeteries are protected.  Cemetery registration requirements convey the standard that after 25 years without an interment a cemetery is to be considered abandoned.

And in addition, there are many unmarked graves in Ohio, and most of these are places where American Indians were buried.  And here is where the law in Ohio brings in the 125 year standard.  Attached is a pdf of one of the court cases that upheld and strengthened this 125 year standard.  Although the 125 year standard applies to almost all unmarked American Indian burials, it also applies to all graves that are older than 125 years, even in active cemeteries.  The cemetery registration requirements provide for some protection of cemeteries and their markers, but do not provide much protection for the remains of the deceased.

Most people find grave robbing and grave desecration deplorable and repulsive.  Ohio’s law basically states that you have to be able to recognize the remains as the deceased in order to apply the laws prohibiting grave desecration.  That is, the laws protect the corpse of a recent burial, but after some time, when the corpse is no longer recognizable it is no longer a corpse and cannot be protected under Ohio laws.  Don’t get me wrong, I want to see the laws strengthened to better protect human remains and prevent the abuse of a corpse, but I also want to extend the laws in Ohio to protect human remains regardless of whether the remains can be defined under law as a corpse.

So, Ohio law does not protect American Indian burials – they are not corpses as defined under Ohio law, and  they are not in marked graves in active or abandoned cemeteries as defined under Ohio law.  Ohio law prohibits trespass and vandalism – thus it isn’t a violation of the law to dig up American Indian burials, but it might be a minor violation if you trespass on property where you didn’t have permission to go and you vandalize a place where you didn’t have permission to dig.

In the latter 19th century the Ohio courts were asked to define and clarify when a recent burial had so decomposed that it was no longer a corpse, and the courts came back with the 125 year standard.

But the problem is not just that this leaves graves of American Indians without protection, now this applies to graves of many, almost all, veterans of the Civil War.

It is now OK under Ohio law to dig up graves of Civil War veterans to take buttons and such as long as you don’t trespass or vandalize.  Putting all of this together, this is why so many of us are very much concerned by the 125 year standard and are working to get this changed and fixed.  But that doesn’t mean that we aren’t also concerned about caring for abandoned cemeteries and the problems that the 25 year standard brings to these issues.

I hope this is helpful in answering your question.

I very much appreciate your blogs and your advocacy for the protection of cemeteries.”

Thanking Dave Snyder for answering my question and providing informative details that hopefully will help others also to better understand how these “25 year and 125 year rules” apply and affect Ohio’s cemeteries and gravesites.
*****
Below are the pages from the pdf document  referenced in Mr. Snyder’s reply: 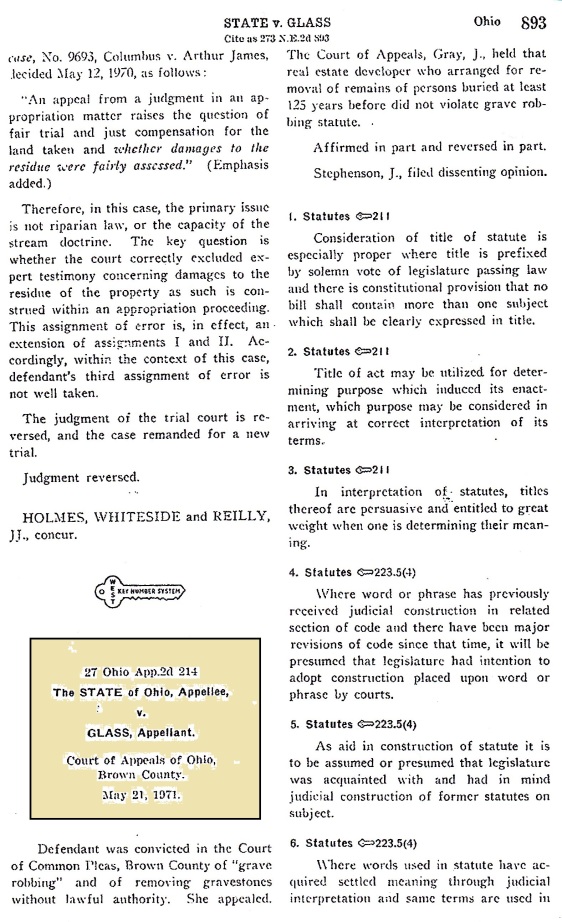 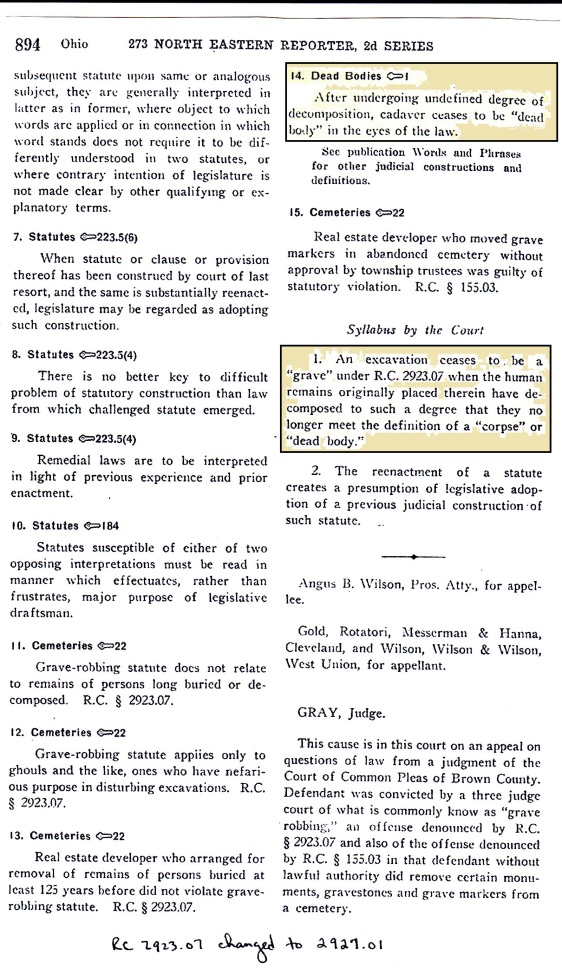 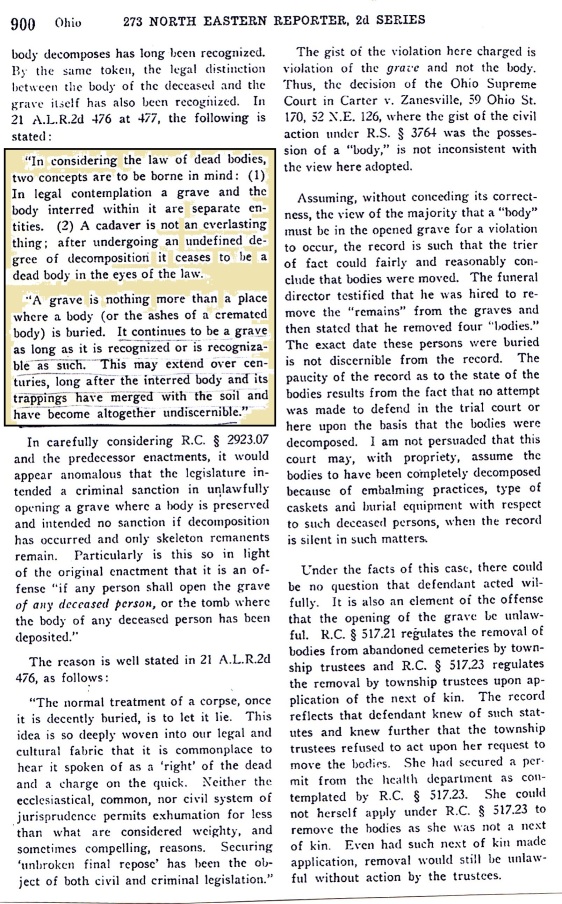 This is a post card I purchased recently from an antique mall in Norwalk, Huron County, Ohio.

The cemetery is definitely in America because American flags are seen.

There is a remarkably similar Civil War monument/statue at a Lakeside Cemetery in Pekin, Illinois.  However, upon closer inspection, it definitey is not the same as the one in the post card.

My hopeful assumption is that the Civil War monument/statue in this post card from 1922 still stands wherever it is located!  It is an identifying feature of this particular Lake Side (Lakeside) Cemetery that was so full of people; both young and old, visiting it on that Memorial Day.   They paid their respects to those buried there who had fought in wars up until that time – just as we do today.

So, I appeal to anyone who can identify this cemetery to leave a comment.  Thank you.

Discover your personal and family heritage

From Shepherds and Shoemakers

Sharing musings, insights, resources and strategies as I discover my family history.

A blog by Traci Rylands

This is the most popular online genealogy magazine in the world, as measured by Alexa.

My views on TV, film and media of every stripe

The Writings of S.L. Woodford